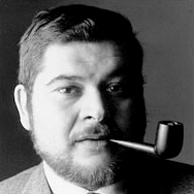 Joe Colombo was born in Milan in 1930, a Milanese designer and architect, the son of an industrialist. After attending the Brera Academy of Fine Arts and the Milan Polytechnic, Joe Colombo carried out his activity in the fields of painting, architecture, graphics and industry management.In the early 1950s he joined the painting group nuclear power with Enrico Baj.

Important figure, the Milanese architect and designer, after a career start in the world of art, with an exhibition alongside artists such as Fontana, Matta, and others (his brother Gianni is an artist), joins the mac (concrete art movement ) in 1959 he devoted himself to design.

After his father's death follows the business of electrical and experiments with new materials.

From 1960 he devoted himself exclusively to design. In 1968, the XIV Triennale entrusted him with the emplacement of an entire industry where new proposals are submitted for design and interior architecture: between these include the "Programmable System for living".

In 1962 Joe Colombo opens his design studio in Milan, where he works for architectural commissions and product design.
His design projects are characterized by ingenious and sometimes daring ideas, always aimed at experimenting and using new materials and modern technologies to create new design solutions.

In 1962 he designed Acrylic for O-luce, designed for Boffi kitchen units, exhibited at the MoMA in New York shows in 1972. The universal chair for Kartell of 1965 is a best seller, so the Spider (lamp, golden compass in 1967); halogen for o-light in 1970.

In 1972 the exhibition "Italy: The New Domestic Landscape" at the MoMA in New York is laid out his project of "Global Unity furnishing"; many of his works are part of the design collection of MoMA In 1984 he held at the Musée d'Art Moderne, Villeneuve d'Ascq (France) a retrospective of his work.

A utore residential systems that are revolutionizing the traditional concept of living.

He died early, in 1971, many of his projects were produced years later also by Ignazia Favata who directs his studio.