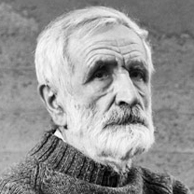 Enzo Mari was born in Novara in 1932. Italian artist and designer trained by studying at the Academy of Fine Arts of Brera, in Milan, from 1952 to 1956. From the 1950s he has carried out his artistic activity, exhibited in solo and group exhibitions in galleries and contemporary art museums. He is interested in various aspects of design including some the psychology of vision and programming in aesthetics.

Since the late 1950s he has also been involved in design, aware of the need to intervene on mass culture towards a global quality project. First in the field of personal formal research, and then in collaboration with numerous industries, in the sectors of graphics, publishing, industrial product and exhibition preparation.

Starting from 1963 he began teaching at the school of the Humanitarian Society of Milan, the first of various teaching experiences continued until the 2000s in numerous institutes including the Polytechnic of Milan, where he teaches at the faculties of Industrial design and Architecture and in Parma. where he teaches History of Art.

In 1965 he curated the exhibition of optical, kinetic and programmed art at the Zagreb Biennale. He participates individually in various editions of the Venice Biennale and the Milan Triennale.

Enzo Mari establishes himself internationally as a representative designer of Italian design with the research and continuous experimentation of new forms and meanings of the object and the product, in contrast with the traditional schemes of industrial design.

In 1971 he participated with an intervention in the Italy: the New Domestic Landscape exhibition at the MoMA in New York. His unique position as an artist-designer is documented in the publications dedicated to his work and his contributions in interventions in important institutions, such as the ADI (Association for Industrial Design) which he chairs from 1976 to 1979.

As a designer, alongside the design, he carries out theoretical research. His work is the result of precise convictions and positions taken on an "ideological and political" level, of egalitarian and Marxist inspiration.

Enzo Mari collaborates with various companies for which he designs various objects of use and furniture, including Danese, Zanotta, Zani & Zani, Alessi and Magis.

He won his third Compasso d'oro in 1986, for the design of the Tonietta chair for Zanotta, after those obtained in 1967 and 1979. In 1987 in New York, the International design center prize.
In 1993 he was appointed creative director of the old Meisterwerkstatt der Königliche Porzellan Manifaktur in Berlin.

Enzo Mari's works are exhibited in the main art and design museums in the world, including the Moma (Museum of Modern Art in New York), the Triennale Design Museum in Milan, the National Gallery of Modern Art in Rome, the Moderna Museet of Stockholm, the Stedelijk Museum of Amsterdam, the Musèe des Arts Décoratifs, the Kunstmuseum Düsseldorf, the Kaiser Wilhelm Museum Krefeld.

A large personal exhibition was dedicated to him in 1983 by the Study Center and Archive of Communication of the University of Parma, where 8,500 drawings and elaborates from his archive are kept, which he donated to the CSAC.

Invited to the Venice Biennale on the theme "Art and Science" in 1986, he exhibits an "allegory" created for the occasion.

In 1988 the exhibition "Modelli del Reale" was set up in San Marino, dedicated to the whole of his work.

In 2008 the anthological personal exhibition was dedicated to him: Enzo Mari: the art of design at the GAM (Gallery of Modern and Contemporary Art in Turin), on the occasion of the International Year of Design.