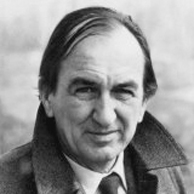 Marco Zanuso was born in Milan on May 14, 1916. In his long and articulated career he is an Italian architect, designer, urban planner and academic, considered among the founding fathers of Italian industrial design.

After the war he contributed to the debate of the "modern movement" in architecture and design. With Franco Albini, Marcello Nizzoli, the brothers Livio, Pier Giacomo and Achille Castiglioni, with Alberto Rosselli and the BBPR studio, he is among the first to be interested in the use of new materials and technologies for common objects and the problems of product industrialization .

Marco Zanuso is part of the group of designers who carry out their business in Milan, engaged in experimenting with the idea of "Good Design".
Its participation is at the basis of the process of developing the principles of the movement.

He studied architecture at the Polytechnic of Milan and opened his studio in 1945. He worked as an editor between 1952 and 1956 at the architectural magazine Casabella.

From 1946 and 1990 he taught architecture, design and urban planning. In 1956 he was one of the founders of ADI, the Association for Industrial Design.

One of the main points of interest in his career in industrial design is the accessibility and costs of mass production items. His work in this field appears in the Low-Cost Furniture competition sponsored by the MoMA Museum of Modern Art in New York in 1948.

In 1948 the manufacturer Pirelli opened a new company, Arflex, with the aim of creating seats upholstered in foam rubber, and from the post of occupparsi design of the early models.
Marco Zanuso creates an opportunity for the chair Antropus that is produced in 1949, and the chair lady who in 1951 won first prize at the Milan Triennale.

In 1957 he became business partners of the designer Richard Sapper. One of the first projects in this collaboration is a chair-type stacking of small non-reinforced plastic in 1961. The article is light, functional, playful and useful. It is produced in many colors and is among the models that promote the use of plastic for furniture for the home and office.

In 1959 Marco Zanuso began working for the Italian manufacturer of electrical Brionvega. With Richard Sapper creauna series of radio and television stations with a design that was extremely successful.

Among the first projects created in collaboration with Sapper there is the small children's chair, the K4999 produced by Kartell 1961. The article is light, useful, functional and playful. It is produced in many colors and is among the models that promote the use of plastic for home and office furniture.

From 1948 to 1995 he signed, alone or with Sapper, dozens of significant projects that remain in the history of Italian and international industrial design, some of these true icons of style, innovation and modernity, capable of challenging time while maintaining the formal qualities and current technical solutions.

Working with Richard Sapper in 1972 he took care of the design of a series of habitable buildings for the New Domestic Landscape exhibition at the American museum MoMA.