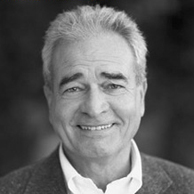 Alberto Meda was born in Tremezzo (Como) in 1945, he graduated in mechanical engineering from the Polytechnic of Milan in 1969. Industrial designer, works with several companies and conducts teaching and research at IUAV.

Technical Director from 1973 to 1979 he worked at Kartell, where he became responsible for product development division and division labware furnishings.

Since 1979 Alberto Meda he worked as a freelance designer, collaborating with the Brevetti Gaggia, and since 1981, for four years, with the design of the Alfa Romeo car.

Alberto Meda performs both as a teacher, from 1983 to 1987 industrial technology at Domus Academy.

From 1995 to 1997, professor at the Graduate Course of Industrial Design at Milan Polytechnic with a planning workshop.

From 1995 to 1997 Member of the Vorstand DesignLabor of Bremerhaven.

Since 2003 teacher at the IUAV in Venice with a planning workshop in the masters course in industrial design.

He holds numerous conferences and seminars in Europe, Japan and the United States including Chicago, St. Louis at Washington University School of Architecture, Stockholm workshop with "And now ...", in Boisbuchet, Miami, San Paulo, in Ulm, Istanbul, Toronto, Mexico.