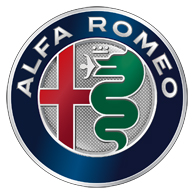 Founded on 24 June 1910 in Milan as ALFA "Anonima Lombarda Fabbrica Automobili", in 1918 it changed its name to "Alfa Romeo" following the acquisition of control of the company by the entrepreneur Nicola Romeo.
Alfa Romeo is owned by the Italian State from 1933 to 1986, when it was sold to the Fiat group.

Alfa Romeo is part, the design history of the Italian automobile industry with its road cars and concept cars and from the technological and innovative point of view is among the world's leading companies. He has produced commercial vehicles, rolling stock, public transport, marine and aeronautical engines. At the beginning of the seventies, at the peak of manufacturing capacity, the activity of 29,000 employees took place in the factories of Portello, Arese and Pomigliano d'Arco.

The approach to the creation of cars has always inspired the best manufacturers worldwide. The Alfa Romeo brand has become an unmistakable icon capable of giving driving emotions to millions of fans around the world.

Each Alfa Romeo model is more than just a car, it represents the continuous evolution through technological research and engineering evolution, one of the historical symbols of Made in Italy.

Alfa Romeo continues to be the object of desire for car lovers around the world, thanks to true style icons such as the models: 1900, Giulietta, Giulia, 1600 Spider Duetto, 75, 164 and 147 and many others.