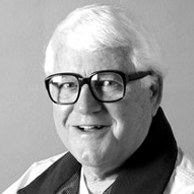 Laurie Davidson (Lawrence Karl Davidson) was born in Dargaville in 1927, and is among the most famous and successful New Zealand yacht designers.

Laurie Davidson, despite having a long and glorious career, is mainly known as the designer who designed some of the boats of the last editions of the America's Cup.

He worked as a principal designer for Team New Zealand in 1995 and 2000.
Later he collaborated with Bruce Nelson and Phil Kaiko in the design of the two boats of the One World Challenge team.

Black Magic won the America's Cup in 1995 by beating the American defender Young America for 5–0 in San Diego, California.

He has been part of prestigious design teams for various America's Cup "campaigns" collaborating with some other highly successful designers such as Bruce Farr and Ron Holland in the 1987 edition of Fremantle with "Plastic fantastic".