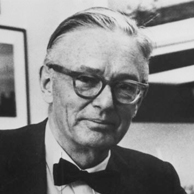 Sparkman & Stephens is a ship design and yacht brokerage company with offices in the United States, Newport Rhode Island and Ft. Lauderdale Florida.

With the support of his father, 21-year-old Olin and his brother Roderick have partnered with successful brokers Drake Sparkman.

The Stephens brothers began their careers as self-taught sailors in Barnstable Bay, Massachusetts. Both come in yachting at a young age, Olin as an apprentice in yacht design by Philip Rhodes, Roderick and learn the shipbuilding at the famous shipyard Nevins Yard in City Island, New York, who later produced several projects of their study.

Sparkman & Stephens designs yachts for recreational, commercial and military use. It also carries out brokerage activities for sailing and motor yachts. The company also offers similar design and engineering services for optimizing the performance of existing yachts.

In a short time, Olin Stephens became the most sought after yacht designer in the world. A 1936 commission by Harold "Mike" Vanderbilt for an America's Cup syndicate leads to the creation of Ranger, a 130-foot J-Class yacht of extraordinary beauty and unrivaled speed.

He won 12 out of 12 regattas of the 1937 America's Cup becoming a sailing legend. During the break for World War II, the US Department of the Navy invites S&S to develop landing craft for amphibious troops, such as those used in the D-Day invasions, in Italy and the Pacific islands. Produced in thousands, they contribute to the victory of the Allied troops.

After the war S&S resumed the series of victories in regattas. In four decades he has designed all but one of the America’s Cup winning boats. A historical result, hard to match.

As the marine industry moves from wood to fiberglass and from one-off designs to mass production brands, Sparkman & Stephens maintain their success.

Many quality boat builders commission projects from S&S. At the same time, they receive orders for sailing and motor yachts from leading figures of the 20th century.

Sparkman & Stephens racing projects win most of the major international regattas such as the America's Cup, a series of Fastnet wins and Sydney Hobart, as well as twice winning the Whitbread Round the World Race with Sayula II in 1974 and Flyer in 1978.

S&S also designs for boat builders such as Nautor's Swan, Grand Banks Yachts and Morris Yachts. With more than 100 units built, the S&S 1710 design known as the Swan 36 has become the most popular model in the history of Sparkman & Stephens.

Sparkman & Stephens today is organized into two departments: one dedicated to the design, and the other to yacht brokerage, rental and insurance.