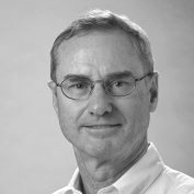 Bruce Farr Born in Auckland, New Zealand in 1949, he started his business sailing, designing and building dinghy-class boats in his country between 1960 and 1970.

President and founder of Farr Yacht Design Ltd, the world's leading company in the design of racing and pleasure sailboats.

In 1973, thanks to the results obtained in the competitive 18-foot class (skiff), he began to devote himself to full-time yacht design.
In the late 1970s he realized that his business needed to establish a presence in the Northern Hemisphere of the Earth to become more accessible to most of the world market.
In 1981 he opened an office in Annapolis, Maryland (US), where the company is now based. In the new location, it achieved great success with European and US customers.

Bruce Farr has revolutionized the world of racing sailing boats by introducing innovative design solutions that combine simplicity with the quality of performance.
His claim is linked to a vast series of winning projects.

Among the first to give him fame and international success is the half tonner Rangiriri, revolutionary for his "sharp" water lines at the bow and wide and flat at the stern. This design philosophy, derived from Australian skiffs, marks an epochal change in the lines of sailing boats.
Gunboat Rangiriri is the winner of the 1977 Half ton Cup in Sydney.

The examples vary between the boats of the IOR classes, and the subsequent IMS (International Measurement System), between those for the Whitbread (around the world) and those of the numerous monotypes such as Platu 25, MUMM 30 and FARR 40.

In 1987 the America's Cup experience began with the K27 boat, designed with Laurie Davidson and Ron Holland.
K27 is the first boat of this competition built in fiberglass and for this reason it is nicknamed "Plastic Fantastic".
In the late 1980s, Bruce Farr's fame reached levels never previously touched.

Bruce Farr understands the importance of technological evolution in the world of design, and adopts CAD (Computer Aided Design) technology in order to find more effective solutions to the complex problems of designing sailing yachts.

The largest French boat manufacturers Beneteau and Jeanneau recognize his talent, and since 1988 they have signed important work agreements with his studio.

Since 1990 the boats designed by Bruce Farr have constantly dominated the scene of international sailing events in all types of competitions.

Farr received the Order of the British Empire award in 1990. Among the awards is the Science and Technology Silver Medal which he received from the Royal Society of New Zealand in recognition of his significant contribution to yacht design.

Farr Yacht Design has renewed its commitment to collaborate with ORACLE BMW Racing Team for the 2007 America's Cup.