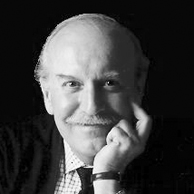 Sergio Asti is an Italian architect and designer born in Milan in 1926. After graduating from the Milan Polytechnic, he began his career in the mid-50s. In addition to designing numerous buildings and interiors for both private and corporate clients, Asti reveals itself as a designer linked to industry and very prolific.

After graduating in architecture at the Milan Polytechnic, he was trained in the Milan of the fifties where he was assistant professor of interior architecture from 1953 to 1958.

In the field of Industrial Design he was among the first, in the fifties to face the new subject, as evidenced by the fact of being one of the founders of ADI of which he is Honorary Member.

The career of Sergio Asti designer is characterized by a refined formal research and by the wise use of materials. Considered one of the leading designers of his generation, he has collaborated with some of the most important companies of the time (and today) such as Cassina, Knoll, Poltronova, Zanotta, Gabbianelli, Salviati, Venini, Arteluce, Artemide, Fontana Arte, Martinelli.

Among the objects to which he has dedicated his work are the lighting fixtures such as the Scafandro table lamp for Martinelli Luce in 1972 or the Daruma glass table lamp by FontanaArte, ceramic products such as the vases of the Toky collection by Superego Edition in 1980 and in crystal like the Mapan glasses set in collaboration with the glassware Arnolfo di Cambio, are his creations.

Winner of the Compasso d'Oro award in 1962 with the vase of the Macro series for Salviati & C., he received a gold and silver medal at the XI Triennale.

His works have been exhibited in several important museums including the London Design Museum (1989), the MoMA in New York (2005), the Philadelphia Museum (2008). Many objects are present in the collections of the most important Museums, and in many private collections in Italy and abroad.

He was part of various Executive Committees and Labor Commissions of the same ADI. He has taught courses in Industrial Design at the Istituto Superiore d'Arte in Venice and abroad at the Shizuoka Experimental Institute in Japan.

He has held numerous conferences and has been part of Tavole Rotonde in Italy and abroad, in particular in France, Germany, Portugal, United States, Japan, China, India and Thailand.

He has participated in numerous Juries for Architecture and Industrial Design Competitions, both in Italy and abroad.

He has been invited on several occasions to realize collective and personal exhibitions: in Italy, Canada, United States, Japan, Germany, the Netherlands, Sweden, Denmark, Brazil, France.