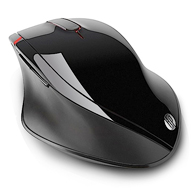 Ergonomics is the science that studies the interaction between the human elements, objects and functions for which they are designed (and the theory, principles, data and methods that are applied in the design) in order to improve the performance of the system and the quality of use. In practice it is a science that deals with the study of the interaction between people and technology.

The quality of the relationship between the user and the medium used is determined by the level of ergonomics. The most important requirement for determining this level is safety, followed by adaptability, usability, comfort, attractiveness, comprehensibility, and so on.

An object will be more readily usable and safe ergonomic use of a difficult subject that requires great effort to use and cognitive.

Ergonomics, also called Human Factor Engineering is a discipline born in Britain in 1949. It was first proposed by psychologist H.F.H. Murrell, as a design approach that involved scholars of various disciplines (psychologists, physiologists, engineers, doctors and anthropologists) in order to protect the health and safety and promote the welfare of people at work.
Given the positive results obtained, the collaboration between different disciplines continued even after the end of the war and spread to the industrial sector (modern ergonomics has developed the range to all situations of daily life).

In the first half of the '70s, it performs another very important development in the field of ergonomics passes from the study of the performance of a single subject, all'occuparsi of relationships between people and the environment. To describe the relationship between man and machine no longer speak of "adaptation of the system" against you, but interaction.

Another criterion for defining the degree of ergonomics is usability, defined by ISO (International Standards Organization) as the effectiveness, efficiency and satisfaction with which specified users achieve certain goals in certain contexts. In practice defines the degree of ease and satisfaction with which the human-tool interaction is completed.

The term does not refer to an intrinsic feature of the instrument, as to the process of interaction between classes of users, product and purpose. But it is in common use - by extension - the use of this term as an adjective (eg: This tool is particularly usable).

The degree of usability rises proportionally rapprochement of the two models (model designer, and user model).