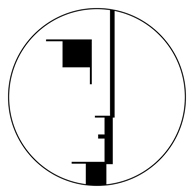 The Bauhaus was founded with the aim of reconciling artistic creation and craftsmanship with industrial production, combining the aesthetic value of an object, its beauty, with the technical and functional component. Many objects of our daily use derive from the research developed in this school

Walter Gropius decided to found a new school model in Weimar, in the heart of Germany, which he called Bauhaus (house of building). The idea is that of a different school from the traditional ones, based on the collaboration between teachers and students.
After six months of preliminary training, during which the students were introduced to new teaching methods, during the three years of regular course they learned both the main artistic techniques: painting, sculpture, engraving, graphics, and the methods of processing materials : wood, metals, fabrics, through direct applications in specific laboratories.

At the end of the course the student was equipped with a theoretical and practical preparation able to manage the creation of an object from the initial idea stages to the final product. In this way he developed a planning and realization activity that would have led to the increase in the discipline of industrial design.

The field of application preferred by the school was not the traditional work of art (painting, mosaic sculpture) but everyday objects, small table lamps, tables and chairs in metal tubular. The products were then advertised through a series of exhibitions and books. However, other fields of design were also developed, always using avant-garde techniques such as carpentry, jewelery, photography, set design and ballet.

In 1926 the Bauhaus was moved to Dessau, in a new building designed by Gropius himself. The building has been of fundamental importance for the development of rationalist architecture, that is, a conception of construction based on essential criteria, devoid of decorative aspects, primarily attentive to function.
The building is developed in three asymmetric volumes, differentiated according to the functions to be housed (rooms, classrooms, laboratories) and connected by buildings in which the common services and offices are located.
Each part defined by regular volumes, with flat roofs, windows and large glazed surfaces in the area dedicated to the laboratories.
These principles of rationality, refusal of decoration as an end in itself and functionality were applied and taught in any artistic activity.

The masters of the Bauhaus were often well-known artists in activity, able to stimulate the students.
Among the most famous painters: Vasilij V. Kandinskij, Paul Klee, Josef Albers, the sculptor Oskar Schlemmer (also involved in the section of theatrical sets), the Hungarian Laszlo Moholy-Nagy taught in the section of metal working, taking care also of the graphics: a large part of the modern graphics and layout style of our books derives from the Bauhaus.

The most important discipline was however considered the architecture, intended as a synthesis of the different arts. It was taught by Adolf Meyer, a collaborator architect of Gropius in the project of the new school building.

The best of the Bauhaus students of the early years later became professors: Marcel Breuer, became director of the furniture section, where pieces of furniture were designed for industrial production, which designed the Vasilij armchair (in honor of Kandinskij).

Gropius resigned in 1928 and the school was taken over by the Swiss architect Hannes Meyer, who reorganized the courses by dividing them into four main sections: construction, production of wood and metal objects, advertising, textiles.

The school was then headed by the German architect Ludwig Mies van der Rohe, but at the end of 1932 it was transferred to Berlin and the following year it was definitively closed by the Nazi regime.