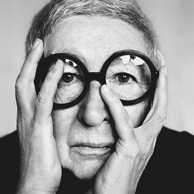 Among his most important works of architecture are: the transformation of the 19th century Gare d'Orsay in the Musée d'Orsay (1980-86, Paris, France), the design of the Musée National d'Art Moderne at the Center Pompidou (1982 -85, Paris, France), the design of Palazzo Grassi in (1985, Venice, Italy), the Museu Nacional d'Art de Catalunya (1985, Barcelona, â€‹â€‹Spain), the direction of the restoration and transformation of the Scuderie Papali ( 1999, Rome, Italy), the Asian Art Museum of San Francisco (1997-2001, San Francisco, United States).