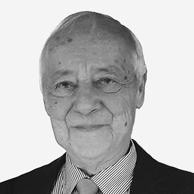 Kai Kristiansen was born in Denmark in 1929 and is a key designer of the 20th century.

He studied as a carpenter as an apprentice. In 1948 he enrolled in the Royal Danish Academy of Fine Arts in Copenhagen under the guidance of designer Kaare Klint.

At the age of only 26, Kristiansen opened her own studio and started making furniture in what would soon become known as modern Danish style.
His designs are produced by well-known Danish companies, such as Feldballes Møbelfabrik, Fornem Møbelkunst, Fritz Hansen, Vildbjerg Møbelfabrik and Magnus Olesen.

In the purest modernist style, Kristiansen prefers teak and rosewood in the creation of his works, whether they are chairs, sideboards, desks or bookcases.

In 1956 he designed his most famous and celebrated product, the No. 42 Chair for Schou Andersen. The back so elegantly curved and the armrests beautifully turned create a timeless chair, at the same time beautiful and comfortable. The No. 42 chair is also received very well by critics, and its continued success will confirm it as one of the most loved pieces of Danish design of the twentieth century.

Kristiansen's collaboration with Magnus Olesen will lead to the creation of the refined and sculptural No. 121 Lounge Chair, and its modular system of shelves FM Reolsystem Wall Unit (1957) for Feldballe Møbelfabrik met not least with success, not only in the Scandinavian countries but also in the rest of Europe and in the United States.

Thanks to the FM system, Kristiansen has achieved great fame in the Scandinavian countries and North America. The 42 chair is renowned not only for its beautiful curves but also for its comfort.

Due to the difficulty of their creation, many of Kristiansen's designs and models have gone out of production.

In 2014 Kristiansen collaborates with the Miyazaki Chair Company in Japan, in search of a new image for many design classics, which will result in the creation of Handy Chair, 4110 Chair, and the Paper Knife seating collection.

Today his design objects have great value among collectors, and Kristiansen is universally recognized as one of the most important and talented Scandinavian designers of the twentieth century.