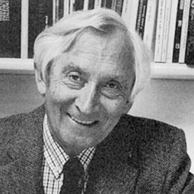 Giotto Stoppino was born in Vigevano (PV) in 1926, Italian architect and designer is known for being among the first designers to use plastic in his projects and products made famous by companies such as Kartell.

A pupil of Ernesto Nathan Rogers, among the inspiring exponents of the neoliberty, after finishing his studies at the Iuav University of Venice and at the Polytechnic of Milan, in 1953 he was associated with the architects Vittorio Gregotti and Lodovico Meneghetti (Architetti Associati 1953-1968, Novara) .

From this collaboration are born some experimental projects in the field of architecture and design: the workers' houses in Cameri (Novara), those for rent in Novara, the Cavour armchair made by the Novarese company Sim, realized through a skilful curving of the blocks in wood.

Also with Gregotti and Meneghetti in 1967 he designed the 537 table lamp for Arteluce and, alone, the set of stackable circular tables for Kartell (1971).

His activity ranges from architecture, urban planning, to design: a residential complex in Cameri, houses for rent and office building in Novara, headquarters of the Banca Popolare di Novara in Bra, buildings in via Palmanova, via Cassoni, Via Desiderio in Milan, a building for homes and offices in Lucca, the Bossi Spa textile factory in Cameri.

He took part in numerous editions of the Milan Triennale, obtaining in 1964 the International Grand Prize for the Introductory section.

Since 1963 he is Visiting lecturer in History of Architecture at the Italian Studies Center of the Oregon University in Pavia, in 1988 he held the course of Materials Technology at the Faculty of Architecture of Palermo.

In 1972 he exhibited two works at the exhibition Italy: The New Domestic Landscape at the Museum of Modern Art in New York and in 1984 he presented one of the six environments and three products at the Design Furniture from Italy exhibition in Tokyo.

He won the Compasso d'Oro three times, in 1979 for the Sheraton sideboard (together with Lodovico Acerbis for Acerbis International), in 1991 for the Alessia (Olivari) handle system and in 2011 when he was awarded the Compasso d'Oro for his career. on the occasion of the XXII edition of the award. He also received two reports of honor: the '60s and' 70s Premio Compasso d'oro (Golden Compass Award).

Since 1970 he has been present in the permanent collection of the MoMA, Museum of Modern Art in New York with the 537 lamp by Arteluce, while the Sheraton furniture has been present since 1981 in the permanent collection of the Victoria and Albert Museum in London, his other projects are exhibited in museums of Monaco and Chicago.