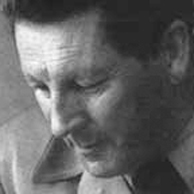 Gerrit Thomas Rietveld, Dutch architect and furniture designer ,was born in Utrecht on June 24, 1888. One of the leading members of the De Stijl art movement, famous for his Red and Blue Chair and for the Rietveld Schröder House, a UNESCO World Heritage Site.

The son of a carpenter, Rietveld, he left school at eleven to apprentice his father and enrolled in night school.

He works as a draftsman for C.J. Begeer, a jeweler from Utrecht, from 1906 to 1911. In 1917 he opened his own cabinet-making and furniture-making workshop.
Rietveld is self-taught in learning drawing, painting and model making.

Rietveld designed the famous Red and Blue Chair in 1917. Hoping to produce his furniture in series rather than handcrafted, Rietveld focuses on simplicity of components and construction.

In 1918, he starts the activity of his furniture factory, adds colors to his best known chair, influenced by the De Stijl movement, of which he becomes a member in 1919, the same year he becomes an architect.

The contacts created with De Stijl offer him the opportunity to exhibit abroad as well.
In 1923, Walter Gropius invited Rietveld to exhibit at the Bauhaus.

The following year he designed his first building, the Rietveld Schröder House, in close collaboration with the owner Truus Schröder-Schrader. Her involvement in the house design exerts a strong influence on her daughter Johanna Erna Else, who becomes one of the first female architects in the Netherlands.

The house has a conventional ground floor, but is radical on the top floor, devoid of fixed walls, it consists of sliding walls to create and modify living spaces.

The design looks like the three-dimensional realization of a Mondrian painting. The house has been a UNESCO World Heritage Site since 2000.

Gerrit Rietveld, after his experience with De Stijl, in 1928 and comes into contact with a more functionalist style of architecture, known as Zakelijkheid Nieuwe or Nieuwe Bouwen. In the same year he joined the Congrès Internationaux d'Architecture Moderne.

Since the late 1920s he has been dedicated to social housing, low cost production methods, new materials, prefabrication and standardization.

In 1927 he experimented with prefabricated concrete, a very unusual material at the time. In the 1920s and 1930s, all of his assignments came from private individuals.

Only towards the end of the 1950s can he put his progressive ideas into practice in the social housing project of Utrecht and Reeuwijk.

Rietveld designed the Zig-Zag Chair in 1934 and began designing the Van Gogh Museum in Amsterdam, which was completed after his death.

In 1951 he designed a retrospective exhibition on De Stijl which took place in Amsterdam, Venice and New York. In the following years he received prestigious commissions, including the Dutch pavilion at the Venice Biennale (1953), the Art Academies of Amsterdam and Arnhem, and the press room for the UNESCO headquarters in Paris.

Designed for displaying small sculptures at the Third International Sculpture Exhibition in Arnhem Sonsbeek Park in 1955, Rietveld 'Sonsbeek Pavilion' was rebuilt with new materials at the Kröller-Müller Museum in 2010.

Rietveld held his first retrospective exhibition dedicated to his architectural work at the Central Museum, Utrecht, in 1958.
When the Amsterdam Academy of Art became part of the higher professional education system in 1968 and obtained the status of Academy of Fine Arts and Design, the name was changed to Gerrit Rietveld Academy in his honor.

"Gerrit Rietveld: A Centenary Exhibition" at the Barry Friedman Gallery in New York in 1988 was the first complete exhibition of the Dutch architect's original works ever held in the United States.

Starting from the day of his birth, 24 June, the year Rietveld was proclaimed in Utrecht for the whole of 2010, with various initiatives and an exhibition at the Centraal Museum to celebrate the great architect, whose works, for the most part, are located in Utrecht, his hometown.

The Rietveld's Universe exhibition focuses on Rietveld's contribution to 20th century architecture and design. The exhibition compares his work and his works with great contemporaries such as Wright, Le Corbusier and Mies van der Rohe. In particular, it is highlighted that his work is not only made up of the famous Red-blue chair or the Rietveld Schröder House but of over a hundred buildings and lots of furniture.