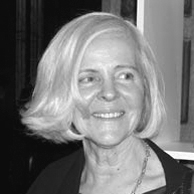 Architect, designer, and entrepreneur, Antonia Astori began her own design activity within the Driade company, founded with her brother Enrico and Adelaide Acerbi, to whom she offers highly professional and creative achievements.

For Driade organizes the exhibition space for trade shows and promote their corporate visibility.
Also plans stores Marithè and Francois Girbaud, while maintaining its constants where the project is able to create environments of great character and originality in harmony with the architecture of the place.

Among his works are those for interior architecture and design of the apartments. Of great importance are the apartment because of the Cloisters in Milan in 1976, the villa in Melzo of Milan in 1979, the Milan apartment in Viale Maino, the studio where he works in Via Rossini, Driade and offices in Piacenza.

The year in which Antonia Astori began his career as an architect and designer in 1968, the year when, along with other colleagues, suggests new architectural and functional before the need for effective organization of space.

Driade 1, its first project, in view of the space problems due to overcrowding has been designed primarily to be proposed as an infrastructure for indoor spaces. It consists of a system of independent volumes which, although independent, are penetrable and modular.

In this idea of â€‹â€‹a system designed as an aggregation of independent parts, volumes made â€‹â€‹of lacquered wood, chipboard, lies the new concept of the project: split, with the introduction of volume, the interior of a room.

Begins to take hold with the idea that a system can furnish and divide all areas of a single environment in a practical and functional.